Agathe Chaigne is a sir Henry Wellcome postdoctoral fellow at the MRC Laboratory for Molecular Cell Biology, University College London. She studied in cell and developmental 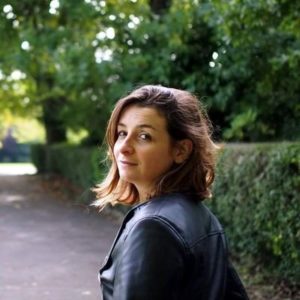 biology in Paris, first at Ecole Normale Superieure,  then at Université Pierre et Marie Curie. Fostered by her interest in cell division and biophysics, she received her PhD for studying the role of  actin-mediated mechanical properties in asymmetric divisions of the mouse oocyte and embryo with Marie-Emilie Terret and Marie-Helène Verlhac at the Collège de France. For this work, she won a PhD prize from Le Monde and an early career award from the Fondation Bettencourt-Schueller. 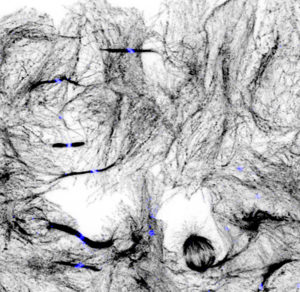 ision of Ewa Paluch. There, she received an EMBO fellowship and a sir Henry Wellcome postdoctoral fellowship, and discovered a key role for the last step of division, abscission, in regulating exit from naive pluripotency. In her own lab, she is planning on investigating the mechanisms and roles of abscission modulation in multicellular animals.

You can follow Agathe @AgChaigne on Twitter. The medal will be awarded at a virtual medal lecture during the next joint BSCB/Biochemical Society meeting,  Dynamic Cell IV which will be held on 14-19 March 2021.

The Postdoc medal was established in 2020 to recognise early career researchers who have made a major contribution to UK/Ireland Cell Biology during their postdoctoral training. You can read more about the medal here.