The winner of the 2017 Women in Cell Biology Early Career Medal was:

Dr Sanz-Moreno is a group leader at the Randall Division of Cell and Molecular Biophysics, King’s College London.

Her group investigates molecular mechanisms involved in the regulation of cancer cell migration and its connections to the transcriptional machinery. Victoria’s group has discovered how signalling pathways regulated by the cytoskeleton crosstalk with transcription factors to sustain cell migration during cancer metastatic dissemination. 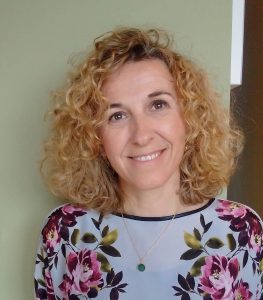 Victoria was presented with her medal at the BSCB/BSDB Annual Spring Meeting  in Warwick April 2nd-5th 2017.