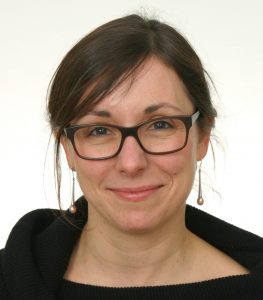 Biography: Ewa studied Physics and Mathematics at the École Normale Supérieure in Lyon, France. She did her PhD (2001-2005) at the Curie Institute in Paris, under the supervision of Cécile Sykes and Michel Bornens, investigating actin networks mechanics in vitro and in cells. In 2006, directly after her PhD, she moved to Dresden to start her own Research Group at the Max Planck Institute of Molecular Cell Biology and Genetics, as a joint appointment with the International Institute of Molecular and Cell Biology in Warsaw. She was appointed Professor of Cell Biophysics and MRC programme leader at the MRC Laboratory for Molecular Cell Biology, University College London, in January 2013. Since 2014, she has also been the head of the Institute for the Physics of Living Systems (IPLS), a new cross-faculty initiative aiming to promote collaborations between physicists and biologists at UCL. In 2014, she received a Philip Leverhulme Prize in Biological Sciences for her contributions to Cell Biophysics.

Ewa’s laboratory investigates the principles underlying cellular morphogenesis. Since cell shape is ultimately defined by cellular mechanical properties and by the cell’s physical interactions with its environment, biophysical approaches are essential to understand cell shape control. The lab combines cell biology, biophysics and quantitative imaging, and works in close collaboration with theoretical physicists, to investigate cell shape regulation. They particularly focus on the cellular actin cortex, a thin cytoskeletal network that underlies the plasma membrane and drives most shape changes in animal cells. Ewa’s lab has made seminal contributions to our understanding of the cell cortex, and of its function during cytokinesis, protrusion formation and cell migration. Visit Ewa’s website for more information on her research.