Vivian Li is a Group Leader of the Stem Cell and Cancer Biology Laboratory at the Francis Crick Institute. She 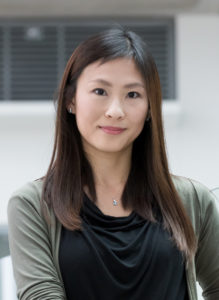 obtained her PhD at the University of Hong Kong studying the molecular mechanism of human colonic development and tumourigenesis. She received the Gold Medal Prize for her PhD thesis. After completing her PhD study, Vivian was funded by the Croucher Foundation Fellowship to pursue her post-doctoral research training with Hans Clevers at the Hubrecht Institute in the Netherlands. Her work focused on Wnt pathway proteomics and characterising intestinal stem cell genes using mouse genetics and organoids. She has contributed to the identification of novel Wnt signalling mechanisms at different subcellular levels 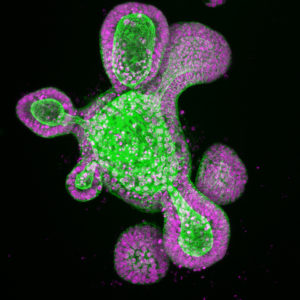 In 2013, Vivian moved to the UK to establish her independent research group initially at the MRC National Institute for Medical Research, which has now become part of the Francis Crick Institute. Her lab utilises a wide range of state-of-the-art experimental approaches, ranging from biochemistry to genetic mouse models and organoids to investigate the regulation of intestinal homeostasis and cancer with primary focus on Wnt signalling pathways. She has made some fundamental contributions to the understanding of WNT signalling in both intestinal homeostasis and cancer. Importantly, she has pioneered the use of organoids for regenerative medicine. Using patient-derived organoids and scaffolds, her team has successfully rebuilt laboratory-grown human intestinal grafts as innovative replacement therapy to treat intestinal failure in the future.

Vivian has been awarded the Future Leaders in Cancer Research Prize in 2018 by Cancer Research UK for her contributions to the molecular understanding of intestinal stem cells and cancer.

You can read more about Vivian Li’s work here or follow @VivianLiLab on Twitter. The medal will be awarded at a medal lecture during the BSCB September 2021 ‘Cell La Vie!’ meeting (joint with the French Cell Biology Society), which we hope will be in-person in Paris on 22-24 September 2021.