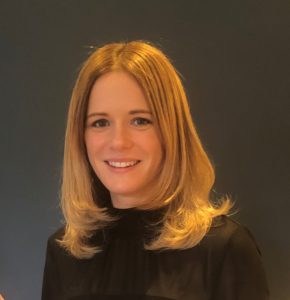 Laura Greaves is a Group Leader of the Stem Cell and Cancer Metabolism Laboratory in the Wellcome Centre for Mitochondrial Research at Newcastle University. She obtained her PhD at Newcastle University studying the role of mitochondrial DNA mutations in colorectal stem cell ageing. Following her PhD, Laura was funded by the Food Standards Agency to pursue her post-doctoral research training with Doug Turnbull and John Mathers at Newcastle University. Her work focused on using mitochondrial DNA mutations as lineage tracing markers to identify the location of the stem cell niche in multiple adult human tissues. She pioneered the use of this technique which has subsequently been used by other research groups world-wide. In 2014 Laura was made Co-Director of the cross-council funded Lifelong Health and Wellbeing Centre for Ageing and Vitality (2014-2019), where she led the Mitochondrial Biology Theme. 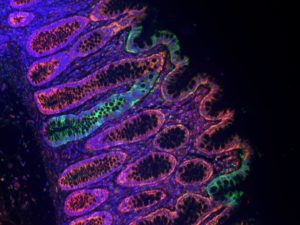 In 2016, Laura was awarded a Newcastle University Research Fellowship to establish her independent research group. Her lab focusses on understanding the role of age-associated mitochondrial dysfunction in intestinal stem cell biology and tumorigenesis. They use a wide range of state-of-the-art experimental approaches, ranging from mitochondrial genetic analyses to genetically modified mouse models and organoids to investigate the metabolic regulation of intestinal homeostasis and cancer with a primary focus on mitochondrial metabolism. Laura’s team have made fundamental contributions to the understanding of metabolic remodelling in intestinal cell metabolism in response to age-associated mitochondrial DNA mutations. Importantly she has shown that that metabolic pathways, which are consistently shown to be selectively upregulated in multiple tumour types, are also upregulated in normal ageing intestinal cells with mitochondrial dysfunction prior to tumour development. Cells with mitochondrial dysfunction are primed for tumour growth and when transformed, tumour progression is significantly accelerated (Nature Cancer (2020) Oct;1(10):976-989) .  These data have opened up a unique research area at the interface of ageing and cancer and revealed pathways that will allow investigations of therapeutic targets for both prevention and treatment of intestinal cancers.

You can read more about Laura’s work here or follow @LauraGreaves81 on Twitter. The medal will be awarded during the next joint BSCB/BSDB meeting which will be held on 03-06 April 2022.