Dr Meritxell Huch is a Grou 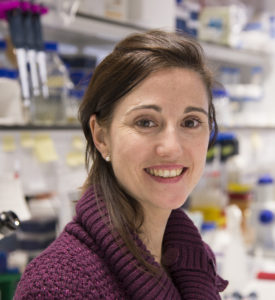 p Leader at the Gurdon Institute, University of Cambridge. After obtaining her PhD degree in Gene Therapy and Pancreatic Cancer at the Center for Genomic Regulation in Barcelona, Spain, she moved to the Netherlands to join the laboratory of Professor Hans Clevers at the Hubrecht Institute for Developmental Biology and Stem Cell Research in Utrecht, the Netherlands, in order to redirect the focus of her research into Adult Stem Cell Biology. In the first stage of her postdoctoral research, she isolated, for the first time, the stem cells responsible for the rapid turnover of the adult stomach and proved that these adult stomach stem cells can be maintained and expanded in culture, forming “mini-stomachs” structures in vitro. 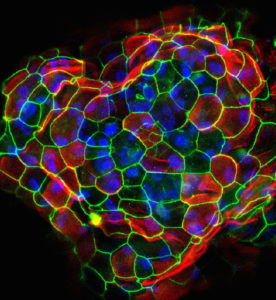 be unlimitedly expanded in vitro and can be used as a source of liver tissue for future cell therapy interventions for liver diseases. As senior postdoctoral researcher in the Clevers lab, she described that adult pancreas progenitors can be expanded long-term in vitro, an accomplishment never achieved before in the pancreas field.

In 2014 Meritxell established her independent lab at the Gurdon Institute, University of Cambridge, where she works on elucidating the replicative potential of adult stem cells during tissue regeneration and disease.

You can read more about Meritxell Huch’s work here. The medal was awarded at a medal lecture during the BSCB main spring meeting: The Dynamic Cell III in Manchester, 18th to 21st March 2018. You can watch the lecture on the BSCB YouTube channel here.