Dr Vasilieva is a group leader at the Department of Biochemistry, Oxford University. 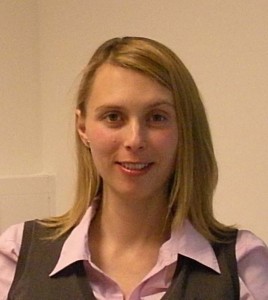 Her group investigates molecular mechanisms involved in regulation of gene expression and their role in controlling cell responses. Lidia’s group has discovered a transcriptional mechanism that pre-programs specific protein-coding RNAs for degradation to control their levels in response to changing environment or during developmental programs.

Lidia did her PhD in Finland studying replication of RNA viruses. She started her independent research group at the Biochemistry Department in 2009 as a Wellcome Trust Research and Career Development Fellow after postdoctoral studies at Harvard Medical School in Boston, where she was supported by a Career Development Fellowship from the Leukaemia and Lymphoma Society. Recently, Lidia has been awarded a Senior Research Fellowship from the Wellcome Trust.

“I am very delighted to receive this prestigious prize from the British Society for Cell Biology as a recognition of our research. This would not be possible without hard work of the members of our team and the continued support by the Wellcome Trust. I am thrilled to have the opportunity to present our findings for the BSCB/BSDB meeting in spring 2016.”

Lidia was presented with her medal at the BSCB/BSDB Annual Spring Meeting  in Warwick April 10-13th 2016, you can view her Medal Lecture on our YouTube Channel.