A Prescription for Antibiotic Resistance: A Rare Vantage Point in the Fight Against Bacteria

We are at war. We have always been. Unfortunately, in this particular conflict we are outnumbered… seven hundred quintillion to one.

From the Black Death in the Middle Ages to the Victorian scourge of cholera, bacterial epidemics travel the globe, leaving devastation in their wake. Times were bleak in the nineteenth century; many battles were lost. And then, in 1928, humanity crafted a weapon. We stepped out of the darkness and into a new era: one of antibiotics. In a monumental stroke of luck, Alexander Fleming fell upon a fungus that produced a curious bacteria-killing substance. We now call it penicillin.

It’s easy to dramatize the history of antibiotics. While we can’t know exactly how many lives have been saved since their discovery, the figure is estimated to be in excess of 200 million. The world would certainly be a gloomier place without them, which begs the question: what will we do if they run out?

Earlier this year, researchers led by Kim Lewis at Northeastern University in Boston, Massachusetts, announced the discovery of teixobactin, a promising new antibiotic and the first of its kind for over thirty years. In studies in mice, teixobactin was shown to kill the infamous MRSA (methicillin-resistant Staphylococcus aureus) bacterium, as well as a host of other microbial nasties. Lewis and colleagues extracted bacterial cells from soil and sorted them into individual chambers in a new device they call the ‘iChip’. The iChip was then submerged back in the ground where essential nutrients could enter each of the chambers, allowing the bacteria to thrive. In this way, the researchers were able to culture strains that would normally be unwilling to adapt to life on a petri dish. Thus, like many of its predecessors, teixobactin is actually produced by one bacterial species in order to kill others. The enemy of my enemy is my friend – and in this case, our new friend is Eleftheria terrae.

Modern medicine can breathe a sigh of relief. The looming threat of a return to pre-antibiotic times has been pushed back into the shadows. However, now is not the time for complacency. The problem persists and is even on the rise.

“Antimicrobial resistance poses a catastrophic threat”, says UK Chief Medical Officer, Dame Sally Davies, in her 2013 annual report. The issue remains integral to science policy, and it also highlights a key area of cell biology. Humanity is engaged in an ancient competition: big vs. small, eukaryote vs. prokaryote, us vs. them.

So from where does antibiotic resistance originate? Just as Fleming discovered, rather than invented penicillin, so too must we acknowledge that resistance is a naturally occurring phenomenon. Where there are chemicals that kill bacteria, evolution responds with immunity to them. Indeed, Darwinian natural selection is rarely illustrated so neatly. Once in a while, a random mutation in the bacterial genome will spontaneously generate a degree of resistance – for example, a change of just a few amino acids in the protein, beta-lactamase, can protect against penicillin. When penicillin is present, the mutant cell enjoys a competitive advantage over its peers, reproducing to a greater extent and spreading the mutated beta-lactamase gene throughout subsequent generations.

It’s a profoundly troubling thought. Though we may take some comfort in our ability to understand the threat. After all, this process is consistent with everything we already know about evolution and gene transmission in a population, right? Well perhaps not. We typically only consider DNA to move in a vertical direction – parent to child, or in the case of a single cell, when it divides. However, many microbes are also able to move DNA and share useful genes horizontally between individuals. This horizontal gene transfer (HGT) helps bacteria acquire resistance far quicker than they would through conventional methods alone.

Mechanisms of HGT can be categorised into three main groups: transformation, transduction, and conjugation. Transformation is when a bacterium takes in DNA from its surrounding environment (perhaps left behind by a fallen comrade). Transduction, however, involves a viral middleman to transfer genetic information during infection. Conjugation embodies a more cooperative approach, where DNA is shared directly between two cells via the construction of a small bridge, or ‘pillus’. While these are the tactics of our enemy, it is worth noting that research into HGT has been crucial to biotechnology. We can trick bacteria into taking up DNA fragments of our own design. In a satisfying twist of fate, the biosynthetic machinery of E. coli is commonly hijacked to produce proteins, such as insulin for the treatment of diabetes. This form of microbial slave labour has become a cornerstone of the pharmaceuticals industry.

Antibiotic resistance may not itself be a human creation, but we are certainly quite adept at accelerating its development. The sheer scale of antibiotic use in medicine, agriculture and waste disposal has seen the emergence of ‘superbugs’, such as MRSA, Clostridium difficile, and the unnervingly named, TDR-TB (totally drug-resistant tuberculosis). It’s a textbook dilemma: antibiotics are the cause of, and solution to our problem. Prescription-only policies go some way to reducing widespread public health usage (particularly in the futile attempt to treat many viral infections), and there has been much discussion of ‘cycling’ front-line antibiotics to reduce environmental exposure to any one type. From a research perspective, current strategies explore ways to block the efflux systems that bacteria commonly use for resistance. Whereas a more conceptual approach might be to target only microbe pathogenicity, leaving the cell inert but otherwise able to reproduce, thus mitigating the selection pressure for resistance.

There are many ways in which we might seek to reduce the problem of antibiotic resistance; these are deserving of their own separate discussion. For now, the discovery of teixobactin serves as a welcome boost – a few more steps in the footrace against bacteria. Pursuit of iChip-like technologies, coupled with effective science policy, will keep us ahead of our competitor for a while longer. But, the race is relentless. The finish line, if it exists, remains out of sight. 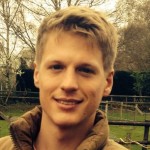 Holding an MA in natural sciences from the University of Cambridge, and an MRes in modelling biological complexity from University College London, Ross is now two years along a PhD in the chronobiology department at University College London. His research seeks to combine experimental and computational techniques in order to understand the differential processing of sensory modalities in circadian clocks.

Outside of the lab, Ross edits ‘science lifestyle’ magazine, Guru, and has experience running his own technology start-ups.