Stephen Royle is a cell biologist at the Centre for Mechanochemical Cell Biology, Warwick Medical School. His research group work on membrane trafficking and on mitosis in human cells. 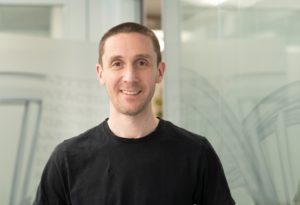 As an undergraduate, Steve studied Biological Sciences at University of Sheffield (1995-1999). He spent a year at GlaxoWellcome where he worked on Alzheimer’s Disease and got a taste for research (1997-1998). He became interested in cell biology during his PhD in Pharmacology at the University of Cambridge (1999-2002), where he studied receptor recycling in neurons. Steve then moved to a post-doctoral position at the MRC Laboratory of Molecular Biology in Leon Lagnado’s group (2002-2006). While at the LMB, he worked on clathrin-mediated endocytosis of synaptic vesicles, but also made the serendipitous discovery of a novel mitotic function for clathrin. 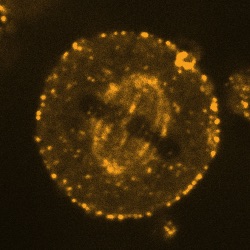 Steve took up a Lecturer position at University of Liverpool and received a Career Establishment Award from Cancer Research UK in 2007. During this time his research group showed that clathrin, in complex with other proteins, cross-links microtubules of the mitotic spindle. The group also continued working on membrane traffic where they uncovered the mechanism by which endocytosis is decreased during cell division. In 2013, Steve relocated the lab to University of Warwick as a Senior Cancer Research UK Fellow and in 2019, he became a Professor. Recent discoveries from the Royle Lab include: 1) engineering a system to trigger endocytosis on-demand, 2) making a new genetically encoded tagging system for correlative light and electron microscopy, and 3) identifying a new class of transport vesicle in cells. 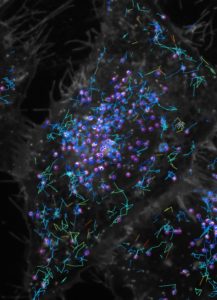 Steve’s research emphasises a quantitative approach to cell biology and he authored a book “The Digital Cell” published by Cold Spring Harbor Laboratory Press in 2019 on using computers in cell biological research. He also maintains a web resource called quantixed which features everything from data analysis and coding tips to career development for Early Career Researchers.

Steve is on the Board of Directors of Company of Biologists. He currently Chairs the Workshops Committee and is on the Advisory Groups for Journal of Cell Science and preLights. He is also an Affiliate for bioRxiv the preprint server for biology.

Steve will be awarded the Hooke Medal and give a talk about his research at the upcoming 2021 ‘Cell La Vie!’ meeting (joint with the French Cell Biology Society), which we hope will be an in-person meeting in Paris on 22-24 September 2021 (http://www.atoutcom.com/cell-la-vie/).