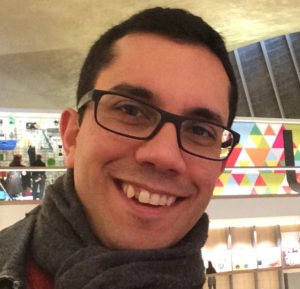 Jeremy Carlton runs the Organelle Dynamics laboratory within the School of Cancer and Pharmaceutical Sciences at King’s College London and is currently seconded to the Francis Crick Institute. His research group investigate the functions of organelles, how they are remodelled during cell division and how they can influence

Jeremy studied Natural Sciences at Queens’ College, Cambridge (1998-2001) and was enthused by cell biology during undergraduate and summer projects in the laboratories of Ruth Murrell-Lagnado (Department of Pharmacology) and Clare Bryant (Department of Veterinary Medicine). After his undergraduate degree, Jeremy moved to Bristol to take up a PhD with Pete Cullen in the University of Bristol’s Biochemistry Department (2001-2006) where he began working on a family of phosphoinositide-binding proteins called Sorting Nexins and helped show that they regulated cargo retrieval from endosomes.

In 2006, Jeremy moved to Juan Martin-Serrano’s lab at the Department of Infectious Diseases at King’s College London as a Beit Memorial Research Fellow to examine how a different endosomal trafficking complex, the ESCRT machinery, was hijacked by HIV-1 to allow its budding from cells. Whilst here, he discovered a new role for ESCRT proteins in performing cytokinetic abscission, the final stage of cell division.

Jeremy moved next to the Division of Cancer Studies at King’s College London to start his lab with a Wellcome Trust Research Career Development Fellowship (2012-2017). Here, he discovered a new role for ESCRT-III proteins in re-sealing the nuclear envelope of dividing cells, an activity which has subsequently been shown to repair the nuclear envelope during interphase rupture. In 2017, he was awarded a Wellcome Senior Research Fellowship, membership of the EMBO Young Investigator Programme and his lab was seconded from King’s to the Francis Crick Institute. 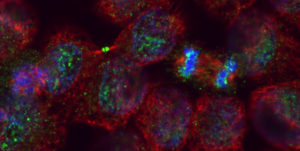 Here, he takes advanced microscopical and biochemical approaches to investigate organelle remodelling during cell division, membrane and organellar repair and organelle remodelling during cancer cell migration. Recent findings include how the ESCRT-III component CHMP7 binds to endo-membranes to initiate nuclear envelope sealing and how its assembly is spatiotemporally controlled by a programme of mitotic phosphorylation; how an inner nuclear membrane protein called LAP1 allows the nuclei of metastatic melanoma cells to deform during constrained migration and how the SARS-CoV-2 Envelope protein traffics through and modulates the secretory pathway.

Jeremy will be awarded the Hooke Medal and give a talk about his research at the upcoming joint BSCB/BSDB meeting which will be held on 03-06 April 2022.