1965: some have hailed it as the year Modern Britain was born.  Winston Churchill and TS Eliot were buried and a new generation took over. It was also the year of the birth of a new kid on the society block – our very own British Society for Cell Biology. 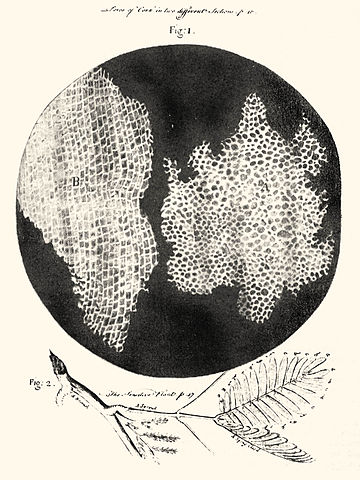 You may ask why it took so long given that exactly three centuries earlier Robert Hooke discovered and named “the cell” in Micrographia and over the intervening years seminal discoveries too numerous to mention were made – including the work of Schwann, Flemming, Golgi, Cahal and many others. After all, the Biochemical Society was formed in 1911 and the Society for Experimental Biology in 1923.

There was a huge boom in cell biology research in the 1950s, perhaps it was a golden age even. The ability to grow mammalian and even human cells in the lab took off (remember HeLa cells?) and developments in electron microscopy meant the inner structures of cells could be investigated, if not fully understood. The Journal of Biophysical and Biochemical Cytology (later renamed the Journal of Cell Biology) was first published in 1955 (see Alan Hall’s editorial here).  Looking at the table of contents for that year makes interesting reading. In April that year JCB published the translation of Walther Flemming’s 1880 paper “Contributions to the Knowledge of the Cell and its Vital Processes” with it’s beautiful hand drawn images of cell division.

The American Society for Cell Biology was formed in 1960 and the British Developmental Biology “club” became a Society in 1964. Maybe these two events encouraged some of the British Cell Biology community to set up a new organisation, but unfortunately the circumstances surrounding the establishment of the British Society for Cell BIology are not currently known to the present committee, despite some enquiries. If there are any readers of this post who have inside knowledge, it would be great if you could get in touch (here) so we can write something more detailed in the Newsletter and on here. Equally if you have images or techniques from 1965 and can find modern day equivalents from 2015 we would love to hear your ideas for a series of Golden Anniversary posts.

The BSCB is celebrating its 50th Birthday by launching a new medal recognising female early career cell biologist (the WICB Medal), Vicki Cowling, this years winner will give her inaugural lecture at the Spring Meeting in Warwick. The new medal design will be revealed soon.